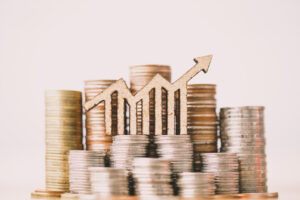 With the open up enrollment period rapidly approaching, consumers will be looking for ways to find affordable health plans with adequate coverage. But cost is top of mind for many Americans, with 91% associated with respondents saying they’ve experienced a payment-related issue in the past, a new survey displays .

The survey was released Tuesday and was conducted by health benefits company Gravie and Wakefield Research. It polled 1, 000 consumers with employer-sponsored insurance in August. The companies conducted the study in an effort to inform customers on healthcare trends ahead of open enrollment, as well as brokers plus employers on what is in the best interest of their employees.

Despite high expenses, many feel they don’t have adequate coverage, with 86% saying they’re worried their health benefits won’t cover all their health care needs, the particular survey found.

“The evidence is clear — consumers are feeling the pinch of a broken healthcare system in truly tragic ways, ” said Marek Ciolko, Gravie co-founder and co-CEO, in a news release. “No one should be concerned about accessing needed medical care because of the administrative and financial barriers that their own health plan puts in their way. The traditional system will be long overdue for a change. ”

Because of cost problems, 54% of respondents have delayed or canceled a medical exam or procedure. Another 59% said they’ve skilled consequences from delaying medical care, including increased stress, using personal time in order to receive care and increased pain.

Cost issues likely won’t let up anytime soon either. Employers expect healthcare costs to increase 6% next year, according to a recent survey by Willis Towers Watson. More than 70% of employers anticipate moderate to significant increases over the next three years.

Additional findings from the Gravie plus Wakefield Research survey: